find out here now When my oldest was around four, he asked me why we called my husband Stepdad. “Because he stepped into your life after you were born,” I responded.

binäre optionen broker 1 dollar And thank God he did.

http://faddisandfaddis.com/limon/1210 Thank you for including our son’s dad in your game of baseball or football or soccer when he would come over for a visit, and then quietly excusing yourself to let them have that time just to themselves.

bystolic price at kroger Thank you for, when I asked, saying and meaning, “I love kiddo, I love spending time with kiddo, but I’m not his dad; he has a dad, and they need that time together.”

Thank you for, when I asked you after you’d proposed, did you know that I was a package deal?, for saying and meaning, “I know that in marrying you, I am signing up to love kiddo like a son, with no guarantee that he will ever love me like a father.”

Thank you for never differentiating between our kids, bio and step, in public or in your heart. “Hi, let me introduce you to my kids: Kiddle, Middle and Little. They are the greatest kids ever – practically perfect in every way.”

Thank you for the hours and hours of driving between houses without complaining. For finding cool parks and activities along the way to make the travel easier for everyone.
Thank you for never once talking about child support or grousing about money. Never once. Thank you for, when I asked you, saying and believing, “you cannot put a price on having a good relationship with your co-parent”. 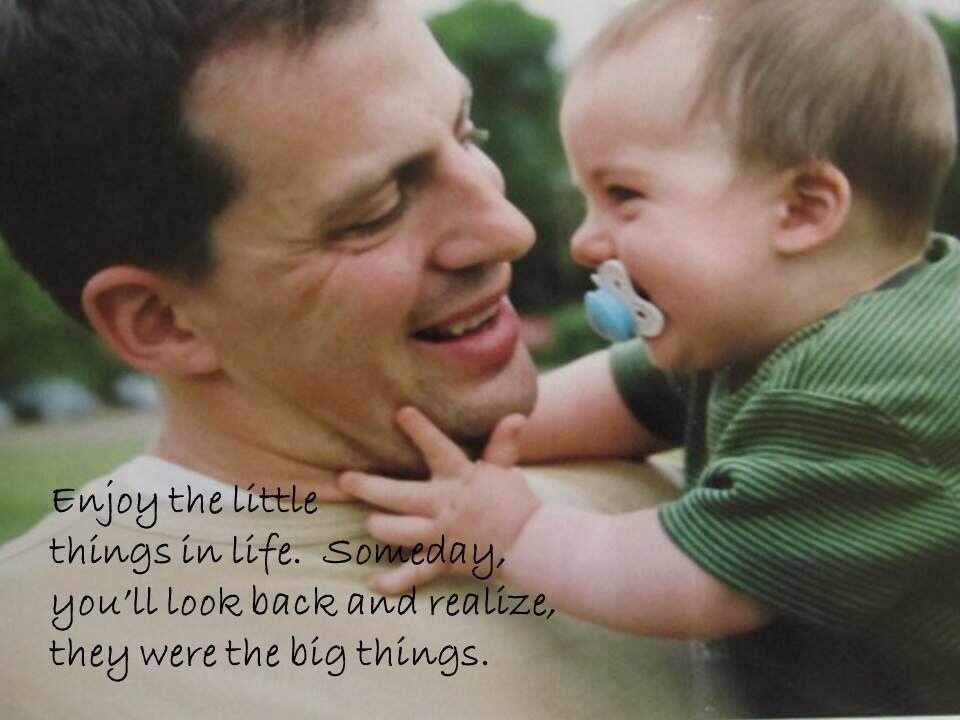 A hat tip to divorced moms who continue to parent with the guys they used to be married to:

I think you know, I was divorced when my oldest was just a toddler. This means I’ve been co-parenting with a guy I couldn’t get along with well enough to stay married to for about twenty years now.

Worth it? Yes, yes, yes, a thousand times over, so very yes.
For those of you co-parenting, for those who inconvenience yourselves to get kiddo over to Dad’s for the weekend, because you know kiddo needs a relationship with their dad …. my hat’s off to you.

For those who recognize that he might have been a lousy husband, but he can still be a good dad … hat’s off to you.
For the moms who have invited your co-parent Dad to birthday parties, school concerts and first communions, and who chatted politely, and smiled, and even asked the new girlfriend how she was doing … my hat’s off to you for your generosity of heart.
For those who have cared for co-parent guy you used to be married to, who have met him at the Emergency Room, brought kiddo to visit him in the hospital, helped him through post-op recovery …my hat’s off to you. You’re right to care – he is still so important to your kid, and taking care of Dad is taking care of your kid.

For those who have maintained a united front – and who have endured hours of work-it-out emails, teleconferences, and even counseling together (hundreds of dollars) to continue to co-parent as a team …hat’s waaaay off to you. This is big-time tough stuff. Gut wrenching hard. And Mamma, thank you for being strong enough to put your kids first and work it out with their dad.

For the moms who have saved their complaints for just one trusted girlfriend, and who have purposely never said a bad word about Dad in front of your kids … hat’s off. That’s classy, sister, and it saves your kid so much pain – good for you.

You cannot put a price on having a functional relationship with the father of your child. It will mean the world to your kiddo. It will, in the long run, make your life easier too.

I would tremble and cry during some of our early teleconferences trying to work out our co-parenting stuff. And when I say cry, I mean sob – thank God for the mute button on the damn phone. I felt like I gave and gave and gave. My kid’s dad would tell you that he felt like he was the one who compromised and gave more than we did. Fact is, we both gave, we all gave, stepdad and stepmom too.

Today, twenty years later, we have a happy, healthy, well-adjusted kid who loves us all. We have celebrated Christmases and Thanksgivings together, and been sincerely grateful to share that. Today, I am a named legal guardian of Dad’s child by his next wife, something she also agreed to. In short, we’ve come a long way baby, from rancor and discord to sincere mutual respect and regard.

It’s work. And if you’re in the middle of doing the work, hat’s off to you, darling. I know what you’re going through. I know it’s not easy, I know how it takes everything you’ve got, and I’m telling you, it’s worth it.

Last night, as we lay in bed, I thanked my husband for his strength. “I feel like you’ve been carrying us these last couple weeks, even months,” I said. He replied that I had carried us as often as he had over the course of our marriage. “We trade it back and forth,” he said, “like a medicine ball at the gym.”

Thank God for full-partner husbands, my man was right.
Depending on what’s been happening in our lives at the time, he and I have traded the “primary grown-up” role over the course of our marriage. Sometimes we are truly full partners and we’re both strong, but, more commonly, one or the other of us takes point (as they say in hiking) at any given time.
These last many weeks, he’s carried me.

And I am overwhlemingly grateful. My man continued to love me, and quietly took on more of the house and the kid-care while I was working through a new job, a dear friend moving away, my own health issues, extended family stuff … all the little curve balls and storms that are part of every life at some time. My man carried me.

Father’s Day. If you are lucky enough to be in a relationship with a guy who helps to carry the burden of running your family, give thanks today. To him, to God, to your lucky stars.
It is easier with two grown-ups. So much easier.
Even if he does leave his underpants on the floor of the bathroom, watch car shows, and teach your children lyrics to songs from the 80’s. Even then. 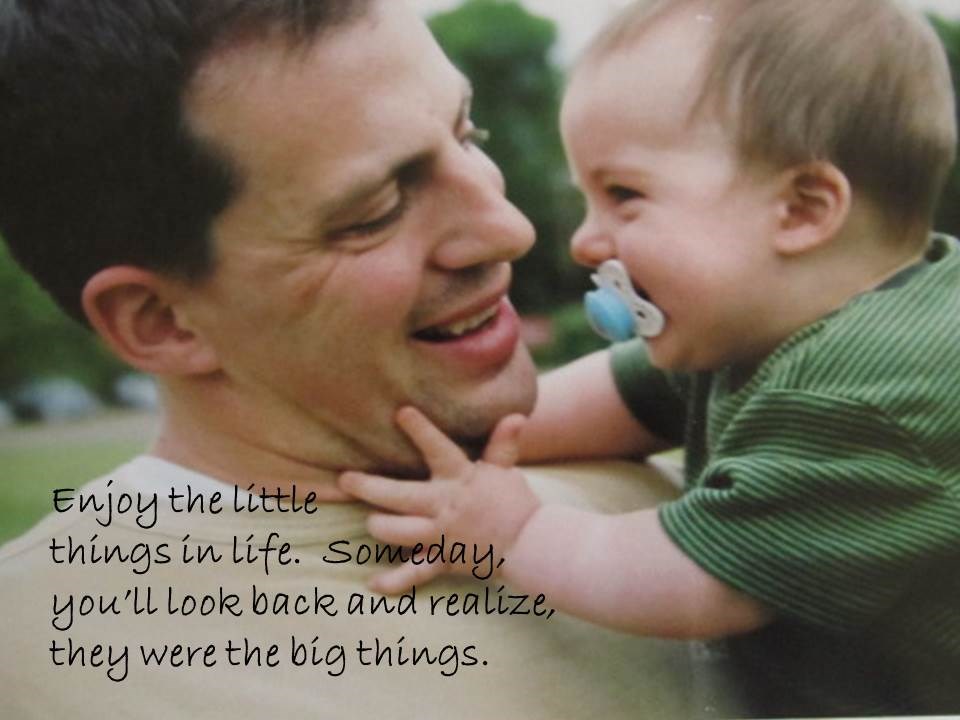 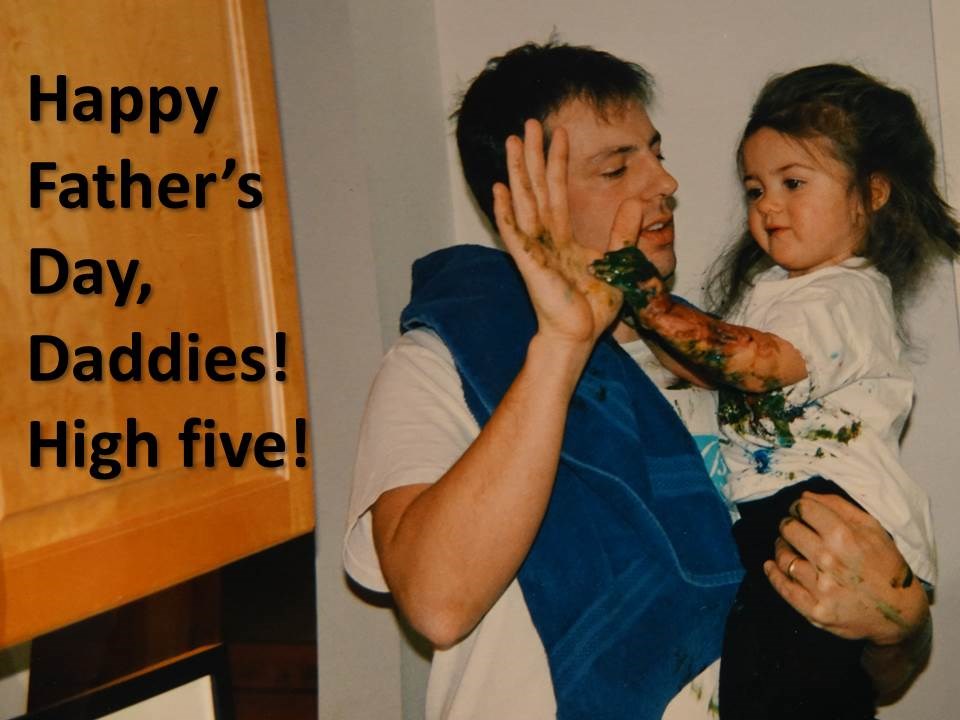 June 13, 2014
Leave a comment
christincrollcarlson
Husband
Divorced, Father's Day
Good Friday morning, darling Mommy!Happy Father’s Day Weekend. A time to celebrate and thank our kids’ dads. Those fabulous teachers of pitching and fishing and bike riding who would take a bullet for us, and for the kids.  Thank God for Dads.And special love to my divorced Mommy readers this morning. I know this weekend can be somewhat fraught for you. Or completely fraught.Father’s Day Weekend… this weekend, I know you will be mustering the strength to celebrate the man that, though he wasn’t the right husband for you, can still be a great dad to your kids. And you may also be hoping for another person to come into your life who would like both jobs.When I was first divorcing, a friend of mine at the time took me out to lunch and said, “you know no one is going to want to date you…” I looked at her blankly, “You have a kid.” (I know you will be shocked, SHOCKED to hear that I am no longer in touch with this person.)

Because being a dad requires a degree of selflessness that not every male on the planet is interested in or capable of.

I remember only bits and pieces from this difficult time in my life. I do remember one guy, after I let him know that I was only available to talk to him after my kid had gone to bed and only available to see him when my kid was with his dad, telling me I wasn’t a very convenient person to date. Convenient? I’m not trying to be convenient. I’m trying to be the best person I can be. I’m trying to rock my job because I need the money to keep my house, and I’m trying to be a fabulous mom because it is the most important thing I will ever do with my life, and I’m trying to have a functional relationship with my kid’s father, even if I’m no longer married to him, because he is still massively important to our son.

The man I ultimately married never complained that I wasn’t convenient. He told me he understood my priorities and that he respected me more for them. And he did thoughtful things like give me tickets to the Children’s Museum for just me and my kiddo. No expectations, he just wanted to do something thoughtful for us. He never questioned my devotion to my kiddo; instead he loved me for it. THAT is the kind of man to have in your life. That is a man to be grateful for and celebrate on Father’s Day.

So, peace, divorced Mommy. Blessings to you and your heart and your kiddos this weekend. Honor and kudos to you for finding the strength to be gracious to the guy you are no longer married to. Heartfelt and enthusiastic congratulations if you have found a guy that wants to be your man and your kids’ stepdad. And hugs for the pain that I know you went through to get here. 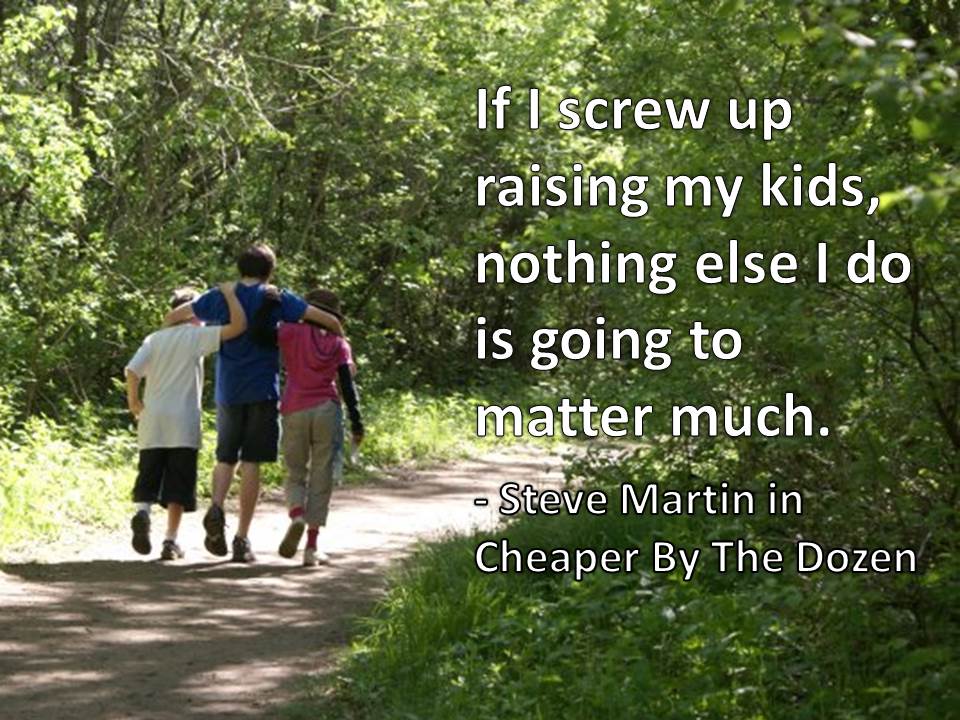